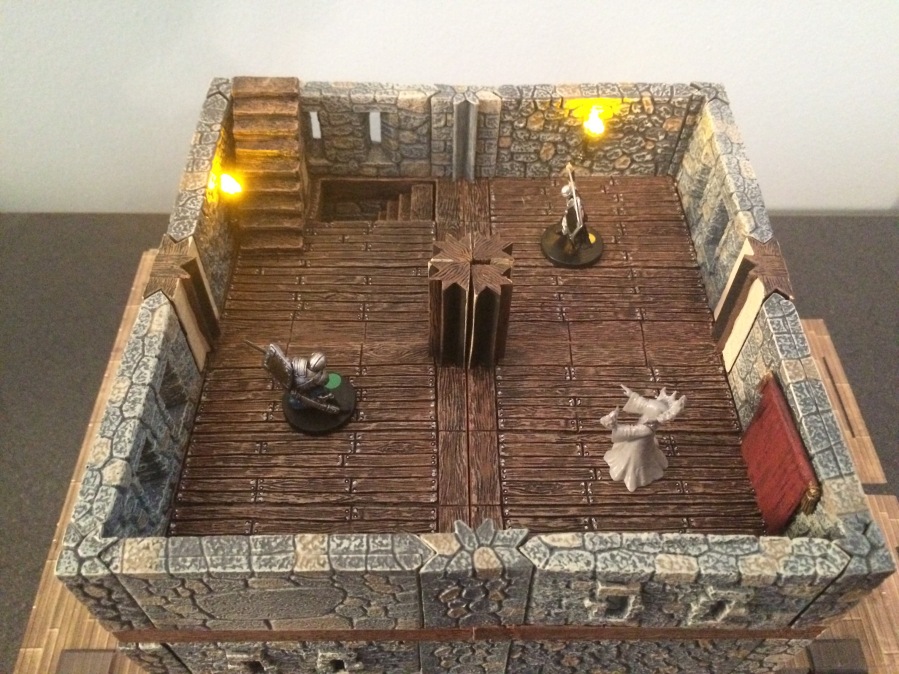 Just as with Elizar’s room, the floor here is made up of mostly solid tudor floors with a stairwell opening in the NW corner. A staircase leads up to Elizar’s chamber. The map of the tower shows a staircase that doubles back on itself but due to space and terrain restraints (the walls are only 5 feet high to scale), I opted for a single flight.

Four walls are arrowslits, two walls bear flickering LED torches, and the SE and SW walls are magnetic with tapestry and shield accessories.

Again, due to the cutaway nature of the map of the tower, it was uncertain what parts of the floor the designers intended to be “weak floors”. For the purposes of my game, I opted to have it be the two southernmost sections. When the floor broke during our game (due to a fireball), one of the players ripped out a piece of paper and placed it over the section of floor that had collapsed. Had I been clever, I would have either printed a broken floor overlay on paper, or brought extra ruined floor pieces and swapped out the broken sections.