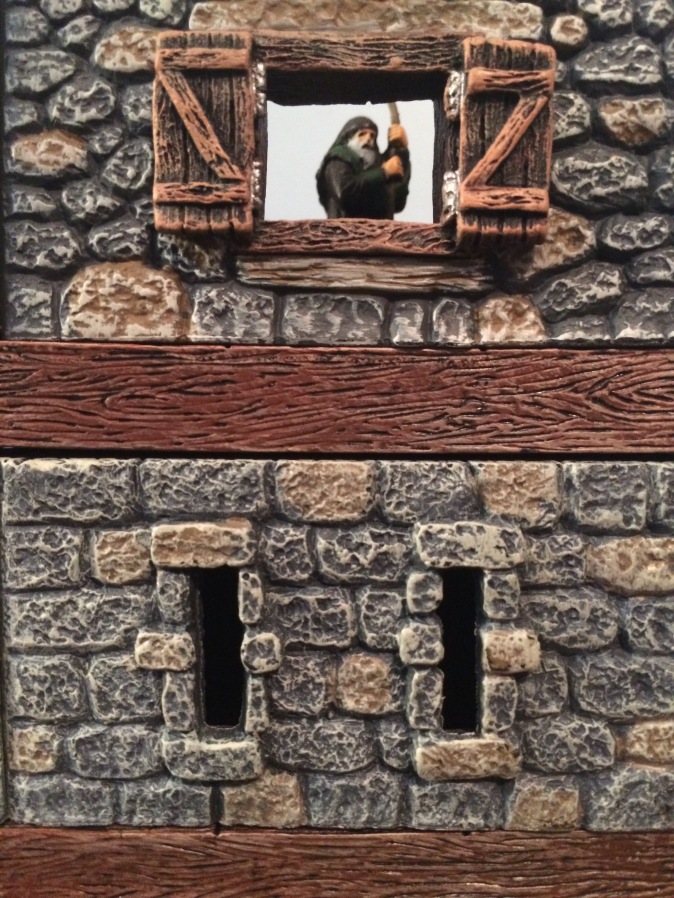 Here I have swapped the closed shutters window insert for the open shutters to show Elizar as he addresses his followers.

When imagining how to roleplay Elizar, I drew inspiration from Christopher Lee in “The Wicker Man”. However, Christopher Lee’s portrayal of Saruman also seemed a logical influence for the portrayal a corrupt magic user pursuing strange rituals and gathering an army of followers to his tower. I imagine him standing at his window–much like Saruman at his balcony–charming his loyal followers and persuading others to his cause. To enhance this portrayal, I outfitted him with a magical staff* that allows him to cast thaumaturgy three times a day in order to project his voice. (*The illustration in Princes of the Apocalypse shows him with a staff–which makes sense as he is a druid–but his statblock gives him a nondescript magical dagger. I opted to give him a magical staff with a non-combat power, instead, as it made more sense, and my players didn’t need another magic dagger).